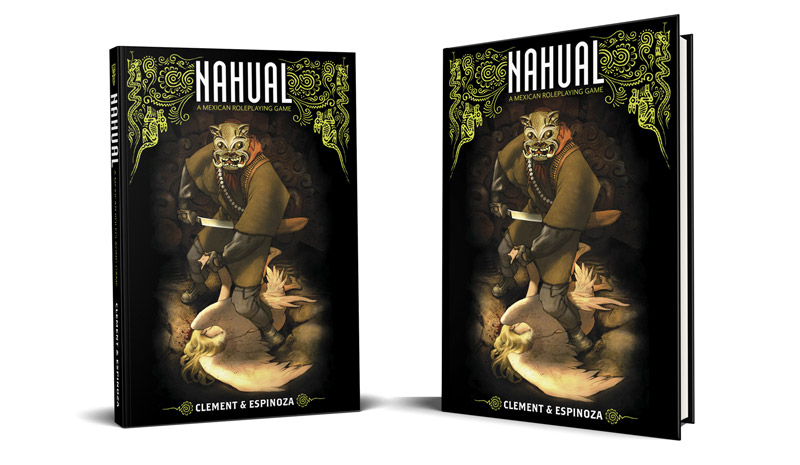 Nahual is a tabletop roleplaying game about brujos nahuales, humans of mestizo and indigenous ancestry that have the power to shapeshift into an animal form. These nahuales hunt angels to make a living, running a changarro—a business—together to sell the products they make from the bodies of the angels they have killed. These are stories about underdogs, struggling to find their place in a Mexican world of fantastical and overwhelming forces.

For 3-6 players
ADULTS ONLY

Join our mailing list to be up to date with news
about the game and the Kickstarter.